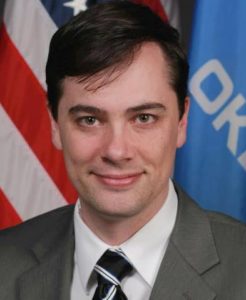 It is now officially election year. In just a few weeks, candidates for office will file for a host of state and county offices.

The attentive listener may notice a rather interesting refrain emanating from their local politician. It goes as follows: “I sure hope I don’t have an opponent this year. It would be nice to have a free pass this time.”

Many incumbent politicians hate and fear this time of year! They fear that at any moment an aggressive challenger will emerge, attract enough votes to win “their” office, and send them back to the real world.

He continues that this attitude in politicians needs to be shaken. Those politicians who feel this way are the very people who need the challenge.

But, after observing how this air of entitlement tends to co-opt elected officials, I have lost much of that sympathy. In fact, when I hear a politician wish for an easy victory without an opponent, I start to suspect that this is the very person who needs some competition. This politician has forgotten that holding office is a temporary time of service – not a lifelong entitlement. He thinks he has a right to the job and doesn’t want the healthy scrutiny of the electoral process.

This problem gets consistently worse the longer the politician goes without a challenge.

Politicians become more responsible to the electorate when they face competition in every election cycle. Those who routinely get a free pass are significantly more susceptible to representing big government bureaucracy rather than the values of the electorate.

Rep Murphey ends with a calling that we wish to express our support for.

Two years ago, far too many politicians were given that free pass. There is an absolute calling for those who will run for office and hold incumbents to account.

Do you hear this calling?

As we said earlier in 2013, the elections are where our power to enact real reforms lie. If we want to force the Legislature’s hand in getting real Ballot Access Reform passed, we need to challenge those in office who are holding it up. The more Independent and other candidates who run with a platform of Ballot Access Reform, the more likely we will get that reform passed regardless of those challengers winning.

So, if you are able to run for office, and we will post a candidacy primer soon, we ask that you make plans for April 9-11, 2014 for the filing deadline.