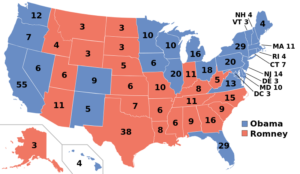 The truth is that yes, Oklahoma would be further marginalized by Presidential candidates in the event of a national popular vote. However, that wouldn’t be changing much from the current situation. As NewsOK states, Oklahoma has been pretty much a Presidential flyover state since the 60s. END_OF_DOCUMENT_TOKEN_TO_BE_REPLACED