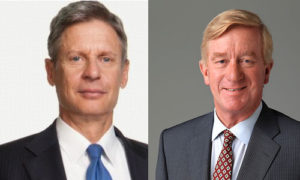 Over the weekend, we had a letter to the editor published to both NewsOK and at the Tulsa World. Both sites, published the letter with little modifications. The letter itself is mostly a rehash of our earlier article about Oklahoma’s low voter turnout and its impact on future petitions. It also called for real reform to pass.

However, there was one problem. I wanted to respond to a comment on the Tulsa World which I felt poorly reflected on the current petitioning climate. Tulsa World reader J. Lee wrote:

It appears that many people don’t really care what happens. But that is absolutely no reason to lower the party petitioning burden especially to what it was 40-50 years ago since the population has increased over a million since that time.

Any entity which lowers it standards to appease a few will eventually be left with no standards.

What J. Lee wrote here does a real disservice to those seeking to form a new party in Oklahoma. It is based on the false premise that Oklahoma’s petitioning laws and the change in 1974 was based on some actual reasoning based on population. That is not true at all.

The problem with this is that the Tulsa World’s commenting policy prevents me from responding to this comment directly. The Tulsa World wants me to pay nearly $200 just to comment on articles of interest. That is not happening. So instead, I am responding here in the hopes that interested people will read it and misinformation will be cleared away. If anyone out there has a subscription or still has commenting enabled because they have not reached their monthly ration of articles, feel free to respond to J. Lee with the following:

Let me lay out a few facts for you. I hope that I won’t have to explain any of this too much.

If we wanted to adjust the number of signatures needed to form a new party based on population, then we would have this amount:
5,000 plus a 46.6% change = 7,330 signatures today.

Both of those calculations are far far smaller than the current signature requirement that is 1235% higher than it was in 1972.

So do you want to rethink your position?

Again, I would love to respond myself. When I aired my issues with the Tulsa World on Twitter, their only response was to upsell me on a subscription. They offered no real solution. I guess, if anyone wants a real conversation on a news site, they will have to go with NewsOK where all you need is a free account to read everything and comment to all articles.

The Tulsa World has published an editorial in which they express support for HB2134, the bill that reduces the 5% signature burden to 2.5%.

Currently, parties seeking recognition have to obtain the signatures equal to 5 percent of the votes cast in the most recent general election. That currently works out to 66,744 petition signatures.

House Bill 2134 would cut that requirement in half.

Why do they support this measure? Because they recognize that the rising generation is moving further away from the current duopoly parties.

Political thinking is changing. The next generation of voters is not nearly as loyal to the traditional two-party system as their grandparents were. Independent voters are the fastest growing segment of the state voting pool. Many young voters want boutique parties molded to their specific political thinking rather than big-tent parties based on broad principles and old loyalties.

However, the Tulsa World does express some interest in keeping some burden in place. They feel that too low a barrier could lead to a glut of “marginal, schismatic groups”, but that should not stand in the way of reasonable accommodations.

We support lowering the standard for party recognition. We don’t want the number so low that it will produce a flowering of marginal, schismatic groups with no hope of ever electing a candidate, but reasonable accommodations of new modes of political thought could engage new voters and force the two big parties to make sure they are addressing issues of importance to all Oklahomans.

We are not clear exactly where the Tulsa World feels that line should be drawn. Even if HB2134 becomes law, Oklahoma would still have the highest burden in the nation for forming a new party or getting a candidate on the Presidential ballot. No other state has more than a 2% requirement. Additionally, in the decades prior to 1974, where the signature burden was 5,000 signatures, Oklahoma never saw more than 5 candidates for Governor or President. So even something easier than 2.5% would theoretically meet the Tulsa World requirements.

At this point, both the Tulsa World and the Daily Oklahoman have expressed support for these much needed reforms. In December 2012 after Oklahoma’s third presidential race in a row with only two options, an editorial was published supporting ballot access reform.

Colorado’s ballot access law may be too lax, but Oklahoma’s law is at the other end of the spectrum, making it exceedingly difficult for third parties to put a candidate before voters. This year, just as in 2008 and 2004, Oklahomans had only two options for president, the Democrat or the Republican. Twelve years ago, Pat Buchanan managed to get on the ballot here as an independent.

During an appearance in Oklahoma City two years ago, consumer advocate Ralph Nader said our state’s ballot access rules are among the nation’s toughest. “A competitive democracy with multiple candidates, multiple ideas, multiple backgrounds and multiple agendas is going to bring more people out to vote and we’re going to have a better political process,” he said.

Donna Bebo, who ran as a Democrat for the 4th Congressional District seat, put it this way: “Candidates should not win simply because of who they keep off the ballot. They should win on their own merit.” She has a point.

In conservative Oklahoma, Republicans enjoy firm and growing control of the Legislature. They have nothing to fear from providing a voice to others, by lowering some of the significant hurdles now in place for third-party candidates trying to get on our ballot.

Now that Oklahoma’s two largest news organizations have put their editorial muscle behind our efforts, will the State Legislature follow through and actually pass HB2134? Right now, the ball is in the Senate’s court and unfortunately, they have made moves to stall the bill as much as possible. Not only did they wait until the last day it could be heard in committee to pass it to the floor, but they also had the title and enacting clause stricken, a move that ensures it is forced to a conference committee if both are not restored prior to a floor vote. If the bill does get sent to a conference committee it is highly likely that it will die there just as previous ballot access reform bills have done.

We are working hard to ensure that the title and enacting clause are restored prior to a Senate vote, but have not received responses to any of our efforts to reach out to Senator Marlatt.

Today, the Tulsa World published my Letter to the Editor. This letter was pretty much word for word my letter to NewsOK, but the World made several edits. Nothing that changed the meaning in any way, just the flow. It is great to see that the World finally picked it up. This letter has sparked a pretty great conversation in the comments that had yet to exist on the Tulsa World website.

I will express one aside here. The Tulsa World is a supporter of what are called “paywalls” in which non-subscribing readers are blocked from reading more than 10 or so articles a month. This means that it is likely that some of you may not be able to read the letter or the comments. This is one reason why I like to post the letter contents in full. END_OF_DOCUMENT_TOKEN_TO_BE_REPLACED